Home AltPPE.net Health News Expect Delays in Medicines and Supplies as USPS Hounded and Said to be Compromised By Trump Administration 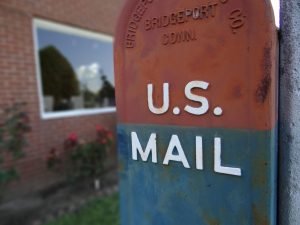 Many around the U.S. who rely on the U.S. Postal Service to receive their medications and supplies have been experiencing extreme delays and disappearances of their mail.

Congress authorized the USPS to borrow an additional $10 billion from the Treasury Department for emergency operations in an early coronavirus relief bill. But postal leaders have yet to access the money over disagreements with Treasury Secretary Steven Mnuchin, who attached terms on the loan that would turn over operations of much of the Postal Service to his department.

The Postal Service’s governing board appointed DeJoy, a major Trump donor and seasoned logistics executive, in the middle of that back-and-forth.

This has led to the Postmaster General Louis DeJoy telling letter carriers to leave some mail behind at the distribution centers if it would delay carriers on their routes.

Strange, I thought the mail carriers’ routes depended on what mail there was to deliver. So I wonder how they are deciding what to deliver and what to leave at the centers.

It seems people’s bills and debt notices are being delivered on time, but for some reason medicines and payments, not so much.

There is some speculation that aside of attempting to get a lower package rate, the Trump administration is sabotaging the USPS to give weight to bogus claims of fraud risks in mail in voting. Sen. Joe Manchin and union leaders have already spoken up as they understand these delays, as election day approaches, would slow down deliveries of ballots.

Is the U.S. Postal Service compromised? Is the Trump administration purposefully sabotaging the mail to add weight to claims of voter fraud risk? The people and the unions want to know.

Whatever the reason, it looks like the government is purposefully killing the USPS. Whether it’s for better rates or to doctor the election or to line the pockets of competing courier services, the people, especially the disabled and financially vulnerable, are caught in the crossfire.

Blessings of good health, and Ashé!