Home The Basics School During a Pandemic Winter Is Coming: What To Do If Your Kids Are Being Forced Back To School (Updated for 2021)

Winter Is Coming: What To Do If Your Kids Are Being Forced Back To School (Updated for 2021) 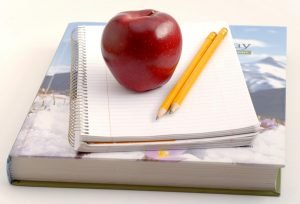 Many people had no choice but to work or be in contact with others outside their home during the first wave of the Covid-19 pandemic in their areas. Many were exposed. Many were infected. Most survived, but many still have lingering health problems as a result of infection.

Though many in wealthier countries have been vaccinated, due to politics, many have declined. Aside of depriving their children of vaccines when available, most “antivax” adults are also forcing them to do without masks and other safety equipment. They are indoctrinating kids to ignore their own and others’ safety, and when they can, bully children who do care about their safety. In not so wealthy countries, though many would like access to the vaccines, there are still those who are ideologically opposed, so among school aged children, there is still the same problem.

Though panic is not a good idea, this is the reality that our kids have to cope with. There is no point to sugar coat it. Kids are paying the price for the past decade of over-indulging Ameri-karen culture and chad-servative political noise. We now have millions of kids, strangely mostly from families who cannot afford such pomposity, fed a constant barrage of pseudo darwinist propaganda both from their parents and online echo chambers (often polluted by 40+ creeps kidfishing as younger people).

So if you have or work with children in school, the chances are fairly high that you will be exposed, and probably be infected. Since it isn’t a flu, but it spreads much like the flu, you can imagine what this means already. Along with the usual worries of illness, when you return to work and/or send your kids back to school, your chances of infection grow exponentially. If you’ve been vaccinated, it may not be fatal, but it could still be damaging.

Though its predecessor, SARS 1, wore down after awhile, Covid-19 is apparently here to stay even with a vaccine. In Israel, people over 60 are getting booster shots. This may be one of those things that just gets added to the normal regimen of yearly vaccinations.  As I’ve said many times, pandemics are a normal part of life. Fighting them helps us to evolve as a species.

Some anti maskers, anti vaxers, and purposeful spreaders in the “white” nationalist communities are banking on the supposed greater ability of people from northern regions to handle a higher parasite load. They write off the death and injury of Europeans as “not making the cut”. They consider the death and injury of non Europeans and even some they consider “lesser brothers” irrelevant.

The reason this bears mentioning is that when your children return to school, you need to be aware that whatever proportion of people voted in “conservatives” who spread the “herd immunity” without a vaccine disinformation will be sending their children to school with yours. They will not have raised them with care and consideration for others. They will not have raised them taking intelligence, resourcefulness, and cooperation into account when discussing ideas of “strength” and “fitness”.

In addition, school staff may be harboring anti science beliefs and politicizing the virus. So it is important that you make sure the school is following CDC or your local and national guidelines for PPE and hygiene. If they are not then it is an unsafe environment. Since the problem with enacting the policies is usually funding, you may need to contact your local government to pressure them to do the right thing.

If you are in a marginalized community, you will already have included racists, ableists, and various other kinds of bigots in the “not safe people” list. If you are not in a marginalized community, you will need to have that talk with your kids to decrease their chances of contracting or spreading a virus. You will also need to add generally inconsiderate people to the list.

Click below to continue with Preparing Children for Public PPE Protocols.